Master class - Character and Consciousness in the British Enlightenment: the Interpretation of Dreams 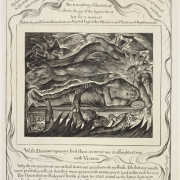 Professor Phyllis Mack, Rutgers University, USA will be visiting The John Rylands Research Institute to deliver a programme of seminars in the week beginning Monday May 23 2016. Professor Mack is interested in 17 – 18 century popular religion and gender in England and America and is a renowned author and researcher. The programme of seminars will focus on the subject of dreams and is entitled: Character and Consciousness in the British Enlightenment: the Interpretation of Dreams, the programme will consist of two Master classes and one Research Seminar.

Biography: Phyllis Mack is Professor Emeritus of History and Women's Studies at Rutgers University. She is interested in 17th-18th century popular religion and gender in England and America. She is the author of Visionary Women: Ecstatic Prophecy in Seventeenth-Century England (1992), which won the Berkshire Conference of Women Historians Book Prize in 1993. Besides articles in refereed journals and several book chapters, Professor Mack has edited the volume entitled In God's Name: Genocide and Religion in the Twentieth Century, co-edited with Omer Bartov (2001). Her book Heart Religion in the British Enlightenment: Gender and Emotion in Early Methodism was published by Cambridge University Press in 2008