Jeanette Winterson “in Conversation” with Russell T. Davies *** THIS EVENT IS NOW SOLD OUT *** 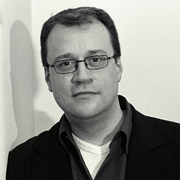 Jeanette Winterson is Professor of Creative Writing at The University of Manchester’s Centre for New Writing. Jeanette succeeds Martin Amis and Colm Tóibín in this post and hosts a series of high-profile public events. Originally from Manchester, Jeanette Winterson is the author of Oranges are not the only Fruit, The Passion, Gut Symmetries, Lighthousekeeping, among other works, her most recent books are the memoir Why be happy when you could be normal? and a Hammer horror, The Daylight Gate. She was made an OBE in the 2006 New Year Honours list. TV screenwriter, producer and director Russell T. Davies started out in the BBC children’s department, before moving to Granada Television (where he wrote for and produced the award-winning Children’s Ward) and working as a freelance writer. He was catapulted into the public eye by the ground-breaking series Queer as Folk, which presented the lives of a group of gay men in urban Manchester with explicit honesty, which was followed by prime time hits Bob & Rose and The Second Coming. His most notable achievement is the revival of science fiction series Doctor Who after a 16-year hiatus, which also led to the commission of the spin-off series Torchwood and The Sarah Jane Adventures. Davies was awarded an OBE for services to drama in 2008. Using a series of clips, award-winning writer Jeanette Winterson will talk to Russell T. Davies about his work, politics and creativity, and the role of TV as both educator and entertainer.