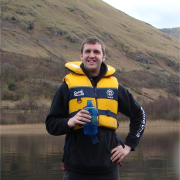 Decades of research here in the UK and abroad has confirmed that ombrotrophic peatlands across northern latitudes represent a globally-important store for carbon ©, nitrogen (N) and phosphorus (P) through the Holocene. That the supply of elements integral to biogeochemical functioning is largely controlled by external inputs is well-known but there is a striking dearth of long-term C, N and P stoichiometric data from ombrotrophic peatlands. As a result, some important questions surrounding the interactions between and controls on macronutrient cycling and accumulation remain unanswered. This precludes the production of long-term macronutrient inventories and introduces uncertainties into models of the global carbon cycle, for example. In this seminar I will present results of some hypothesis testing, adapting the following structure: (i) Preliminary estimates of millennial-scale macronutrient concentrations and accumulation rates in UK ombrotrophic peats and a global comparison; (ii) That N and P concentrations in peat are strongly associated and P + MAP explains a substantial portion of variance in N; (iii) That surface N and P enrichment peat is a distinctive feature of global peatlands that remains unconvincingly explained; (iv) As recently shown for lakes, geochemical data hint at an anthropogenic alteration to atmospheric supply of N and P sourced from, for example, industrial aerosols and P-enriched dust. As P and N fixation influence rates of C fixation, such a mechanism would have major implications for long-term carbon accumulation; (v) On-going and future plans to test this hypothesis more rigorously.