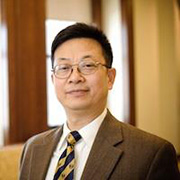 The rise of China is no doubt one of the most important events in world economic history since the Industrial Revolution. Mainstream economics, especially the institutional theory of economic development based on a dichotomy of extractive vs. inclusive political institutions, is highly inadequate in explaining China’s rise. Professor Yi Wen (Senior Economist and Assistant Vice President at the Federal reserve Bank of St. Louis) argues that only a radical reinterpretation of the history of the Industrial Revolution and the rise of the West can fully explain China’s growth miracle and why the determined rise of China is unstoppable despite its current “backward” financial system and political institutions. Conversely, China’s spectacular and rapid transformation from an impoverished agrarian society to a formidable industrial superpower sheds considerable light on the fundamental shortcomings of the institutional theory as well as mainstream “blackboard” economic models, and provides more-accurate reevaluations of historical episodes such as Africa’s enduring poverty trap despite radical political and economic reforms, Latin America’s lost decades and frequent debt crises, 19th century Europe’s great escape from the Malthusian trap, and the Industrial Revolution itself.