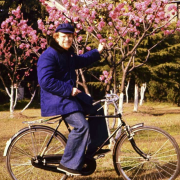 Super-urbanisation is the PRC’s avowed policy of today, and it is in a sense one of continuity with the 1949-1978 era. State strategies dating back to the First Five Year Plan gave primacy to the urban economy as the key to nation-building. In the 1960s and 1970s, the motives of the CPC message makers on the one hand, and those of professional China watchers on the other, combined to evince the view on the latter’s part that the CPC was intrinsically ‘anti-urban’. I will review why the opposite was, in fact, the case, having rehearsed the rationale behind the anti-urban myth.