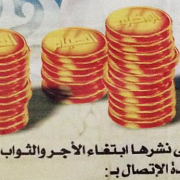 ‘May God sustain you’: Social interactions as a field of ethical practice in Nablus (Palestine)

The method of participant observation requires that the ethnographer transform his or her habitus in order to become a person in a different social context. In religious settings, the possibilities for such transformation seem limited. A non-Muslim ethnographer cannot temporarily convert to Islam and reverse this process once the fieldwork is over, at least not without compromising his or her personal integrity. What, then, are the possibilities for becoming a person in an Islamic social context? This paper argues that social interactions, which the Islamic tradition casts as crucial field for becoming a good Muslim, present a fluid medium where ethnographic self-transformation can be accommodated. Based on fieldwork in the Palestinian city of Nablus, social interactions are shown to constitute a field of Islamic ethical practice – foregrounding relational aspects of the Islamic tradition, which tend to be obscured by Talal Asad’s (1986: 15) focus on doctrine and authorization.

In Nablus, social interactions and everyday transactions are directly linked to wider Islamic systems of value: Angels observe interactions and keep an account of a person’s good and bad deeds (sometimes visualized as coins – see picture on the left), while God is cast as the Provider of all material wealth. Once this wider ethical dimension becomes clear, social interactions emerge as a horizon of critique, as human beings have a certain freedom in shaping them. This is of particular importance in Nablus, a Palestinian city deeply marked by the political economy of Israeli occupation.