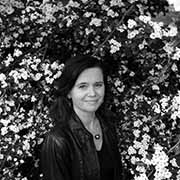 Due to industrial action by the University and College Union (UCU) this event is now cancelled. We apologise for any inconvenience caused. If you have bought tickets for this event please contact the Martin Harris Centre box office on 0161 275 8951 for a full refund.

Jean McNeil is a Canadian writer who has undertaken official residencies in Antarctica, the Falkland Islands, Svalbard, Greenland, and has made three trips in the Atlantic and Southern Oceans aboard ship-based scientific expeditions. Her book about being writer-in-residence with the British Antarctic Survey, Ice Diaries: An Antarctic Memoir (ECW Press) won the Grand Prize at the Banff Mountain Film Festival Book Competition in 2016, and was selected by the Guardian as one of the best nature books of 2018. Her most recent novel is Fire on the Mountain (Legend Press, UK, 2018) and a new novel, Day for Night, is forthcoming in 2021. She is Reader in Creative Writing and Director of the International Programme at the University of East Anglia.

Rachael Allen’s first collection of poems, Kingdomland, is published by Faber & Faber. She is the co-author of a number of collaborative artists' books, including Nights of Poor Sleep with Marie Jacotey, and Almost One. Say Again! with JocJonJosch. She writes for ArtReview, TANK magazine and Music & Literature, hosts the Faber Poetry Podcast and is the poetry editor for Granta magazine and Granta Books. She is the 2020 Burgess Fellow for the Centre for New Writing.