Manchester Policy Week: “They spend it all on booze and fags” – debunking misconceptions of welfare spending in the UK and abroad 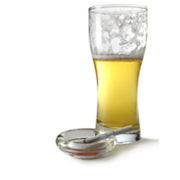 Event summary: In the UK and countries around the world, cash transfer programmes, welfare and benefit systems are viewed with an amount of suspicion, due to the misconception that people living in poverty won’t wisely spend the money they receive. Extensive research done by The University of Manchester has proven otherwise. Join us for a discussion of national and international perspectives on the truth about welfare.

Biographical information: Professor David Hulme is the founder-director of the Brooks World Poverty Institute. Recognising that microfinance programmes generally do not reach the extremely and chronically poor he researched social protection, which has demonstrated the potential to be far more effective in meeting the needs of poor people. His present research in this area looks at the institutionalisation of social protection by national governments, especially in Bangladesh, and the role of aid donors in supporting social protection programmes.

Deven Ghelani is the director of Policy in Practice, and organisation that makes policy work for people. They support local organisations with the design and implementation of effective local welfare support, and inform policy with the experience of the frontline advisors they work with. Deven has been working on Universal Credit since its inception at the Centre for Social Justice and has written extensively on welfare policy, government spending and employment. He developed the Universal Credit calculator that models both the current and future benefit system and has been used by central government and local authorities to model the impacts of welfare reform and explain the changes to residents on the frontline.

Alison McGovern was elected Member of Parliament for Wirral South in May 2010. Before Parliament she was deputy leader of Southwark Labour group of Councillors. She also worked for Network Rail, The Art Fund and Creativity Culture & Education. In Parliament, she has acted as PPS to Rt Hon Gordon Brown MP, has been a member of the Opposition Whips office, and is currently Shadow Minister for International Development. She also served on the International Development Select Committee. Alison studied Philosophy at University College London, and in 2005 returned to Birkbeck College, University of London to study Economics.

Sarah Whitehead is a community empowerment champion and activist in Salford. Current roles include Volunteer Coordinator Healthwatch Salford; co-facilitator and peer mentor for Positive Changes Group and Community Pride Unit and Church Action on Poverty. She is also Chair and co founder of the Weaste Area Forum, a voluntary community engagement group created to enable local residents to have a voice on local issues and decision making in ways relevant and accessible to them. She has also been Family Support Worker for Prisoners Advice Care Trust and a Project Coordinator for Age UK Salford.

Please register for this event at: bit.ly/welfaremyths

This event is part of the University of Manchester's Policy Week 2014 programme. For more information: visit Policy@Manchester - http://www.policy.manchester.ac.uk/ or check out the full Policy Week programme - http://www.eventbrite.co.uk/o/policymanchester-3735693075?s=28562195