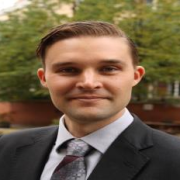 In the newly established People's Republic of China, during a period of political and economic revolution between 1949 and the late 1950s, hundreds of Buddhist sites in the PRC were repaired and rebuilt using state funds. Several historic sites would play host to visiting cultural and political leaders from elsewhere in Asia, highlighting the historic Buddhist links between China and the rest of the region. In an era of a global Cold War between Communist and Capitalist-aligned states, Buddhism provided a means of undertaking cultural diplomacy with non-aligned countries and nations on the other side of Cold War ideological lines. This presentation will introduce some of my work-in-progress research on why these reconstructions took place, how the rebuilt sites were used, and how these religious sites were transformed as a result. It forms part of a larger book project on Buddhist monastery reconstructions in China between 1866 and 1966, and links this history to many aspects of the contemporary Buddhist revival in post-1970s China.

Please note, event is free and lunch is provided but you must register on Eventbrite at the link on the right (under 'More Information")