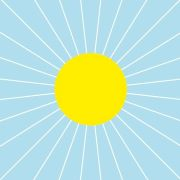 Join us for a five-part series featuring Ellah P. Wakatama in conversation with 10 debut authors who are shaping 2021's literary landscape.

Namina Forna was born in Sierra Leone but emigrated with her family to the US in the 1990s, and has been travelling back and forth ever since. Namina has a MFA in film and TV production from USC School of Cinematic Arts and a BA from Spelman College. She now works as a screenwriter in LA and loves telling stories with fierce female leads. The Gilded Ones is her debut novel.

Justin Deabler grew up in Houston. He dropped out of high school when he was fifteen, went to Simon's Rock College, and graduated from Harvard Law School. He is the General Counsel for the Queens Public Library. He lives in Brooklyn with his husband, son, and two cats. Lone Stars is his first novel.

Tickets are £3. You can also add a copy of either or both novels at a 15% discount. Shipping is included to the UK only.

This event is presented in partnership with Creative Manchester and the Centre for New Writing from The University of Manchester with Blackwell’s Bookshop.