KIDNAP@20: The Art of Incarceration 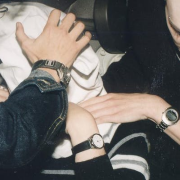 In July 1998, the performance company BLAST THEORY did something a little different. Instead of making a theatre piece about a kidnapping, they actually kidnapped two unsuspecting victims - snatching them out of their daily lives and then imprisoning them, under constant webcam surveillance, for 48 hours. The abductees had made themselves available for kidnap by entering a lottery, which must have seemed like a fun idea at the time...

Widely covered in the press and media, KIDNAP caught the public imagination as an edgy example of what the internet was now making possible. A pivotal event in Blast Theory's evolution as a company, the piece also anticipated all kinds of subsequent developments in the wider culture -- from the round-the-clock surveillance of reality TV shows like Big Brother, to the 21st century vogue for audience participation in live art, and the contemporary ubiquity of 'escape rooms' (getting yourself locked up for kicks).

KIDNAP@20 is a one-day symposium marking the piece's 20th anniversary, which will look back at where we were then, and ask where we are now. What has changed in the realms of digital art and technology, participatory performance, and the politics of consent? When, how and why do surveillance, imprisonment, and power games become art or entertainment?

To sign up for this FREE event, please visit our Eventbrite page: https://www.eventbrite.co.uk/e/kidnap20-the-art-of-incarceration-tickets-45734469028