From hand-dug wells to present day: the history and technology of drilling and well stimulation 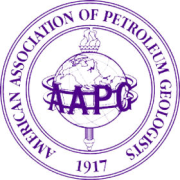 and gas fields are neither new, nor ‘unconventional’. The first deliberately non-vertical or ‘deviated’ wells were drilled in the 1930s and the first artificially stimulated (‘fractured’) gas well was completed in the Devonian Marcellus Shale in Fredonia, New York State, in 1857.

This presentation traces the development of drilling technologies from the earliest onshore wells pioneered by the Chinese in the 4th century BC, to the modern techniques of drilling offshore in deep and ultra-deep water and in high-temperature/high pressure and ultra-deep subsurface environments. It examines the progressive development of directional drilling, driven by legal disputes over the production from adjacent oil leases in the late 19th and early 20th centuries, the establishment of horizontal drilling capabilities in the 1980s and the progressive development of well stimulation techniques as a result of advances in explosives and weapons technologies during the American Civil War and the subsequent two World Wars. It also addresses the development of the revolutionary hydraulic fracturing (fracking) technology required to produce oil and gas from ultra-low permeability reservoirs, the technical and environmental challenges of this technology and its broader implications for future global energy supply.