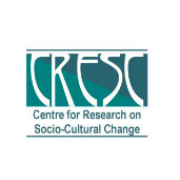 The Scottish referendum on independence takes place on 18th September 2014. Whatever the outcome of this vote, the event marks a period of intense debate and reflection on the relationship between national identities and processes of decentralization. Many other European states have also been actively involved in re-scaling the state – instituting diverse forms of regional autonomy – some peacefully agreed upon, others highly conflictual. The question as to whether Scotland should be an independent country raises questions around the possibilities of legal and fiscal autonomy in a world of globalized capital flows, shared environmental concerns, and the rapid circulations of social media. There are important questions about whether regional autonomy and political decentralisation can counter the economic trajectories of internal differentiation and increased inequality; and there are also questions about the role of media representations, arts, literature and cultural practices in reframing people’s sense of national belonging.

The postwar history of Europe includes divisions between Protestants and Catholics, Muslims and Christians, Catalans and Spanish, and, within the UK between those who think of themselves as British, or perhaps English, as against those who identify themselves as Scottish, Welsh or Irish. Migration and living in diaspora has complicated national belonging The shifting topographies of identity are visible in multiple forms in Western Europe, and they express themselves in diverse ways: in sporting contests; forms of worship; voluntary associations; political and cultural activities; and in the violence of racist attacks and so-called ethnic cleansing.

The CRESC Annual Lecture debates the unsettling effects of independence movements. Taking place shortly after the Scottish referendum, a panel of distinguished speakers will reflect on the shifting character of national identity in Europe and explore its consequences.

To reserve your place email Claire Hyde at claire.hyde@manchester.ac.uk with your name, name of organisation and contact details.

Role: Minister for Health and Social Services in the Welsh Government

Role: Professor of Social Anthropology, the University of Barcelona