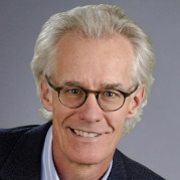 Biography: Stephan Haggard is the Lawrence and Sallye Krause Professor of Korea-Pacific Studies, director of the Korea-Pacific Program and distinguished professor of political science at the School. He has written on transitions to and from democratic rule and the political economy of economic reform, social policy and globalization. His focus on the Asia-Pacific region includes extensive work on North Korea with with Marcus Noland, including “Famine in North Korea: Markets, Aid, and Reform” (2007), “Witness to Transformation: Refugee Insights into North Korea” (2011) and "Hard Target: Sanctions., Inducements and the Case of North Korea" (2017). Haggard is the current editor of the Journal of East Asian Studies, maintains the "North Korea: Witness to Transformation" blog and has a regular column with the Joongang Daily.