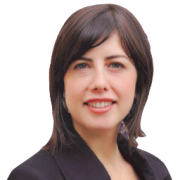 Local MP and Shadow Minister for Childcare and Children, Lucy Powell, will come to the University on 13 March to argue that it is time to think big on childcare.

At a special debate organised by Policy@Manchester and IPPR North, she will argue that it should be viewed as an engine for local growth, claiming that childcare is as important for a strong local economy as transport schemes, playing a key role in getting people back into work.

She will also argue that government should not solely view it as an educational issue, but also as an economic one.

This will be followed by a response from Dr Helen Norman, a Research Associate in the department of Sociology who has done extensive work on fatherhood, motherhood, gendered relations, the gendered division of labour and inequalities in employment and family life. She works with Professor Colette Fagan advising the European Commission on gender equality policy as a member of its European Network of Experts on Gender Equality ENEGE. This event has been designed to generate open discussion and debate and we hope to go beyond a rigid question and answer format. After contributions from Lucy Powell and Helen Norman, the floor will be opened up to allow broad participation. It will seek to provide a space for people to think, share ideas and have a lively discussion.

This event is free and open to all but it is essential that you book your place at http://www.ippr.org/events/54/11919/childcare-an-engine-for-local-growth?siteid=ipprnorth